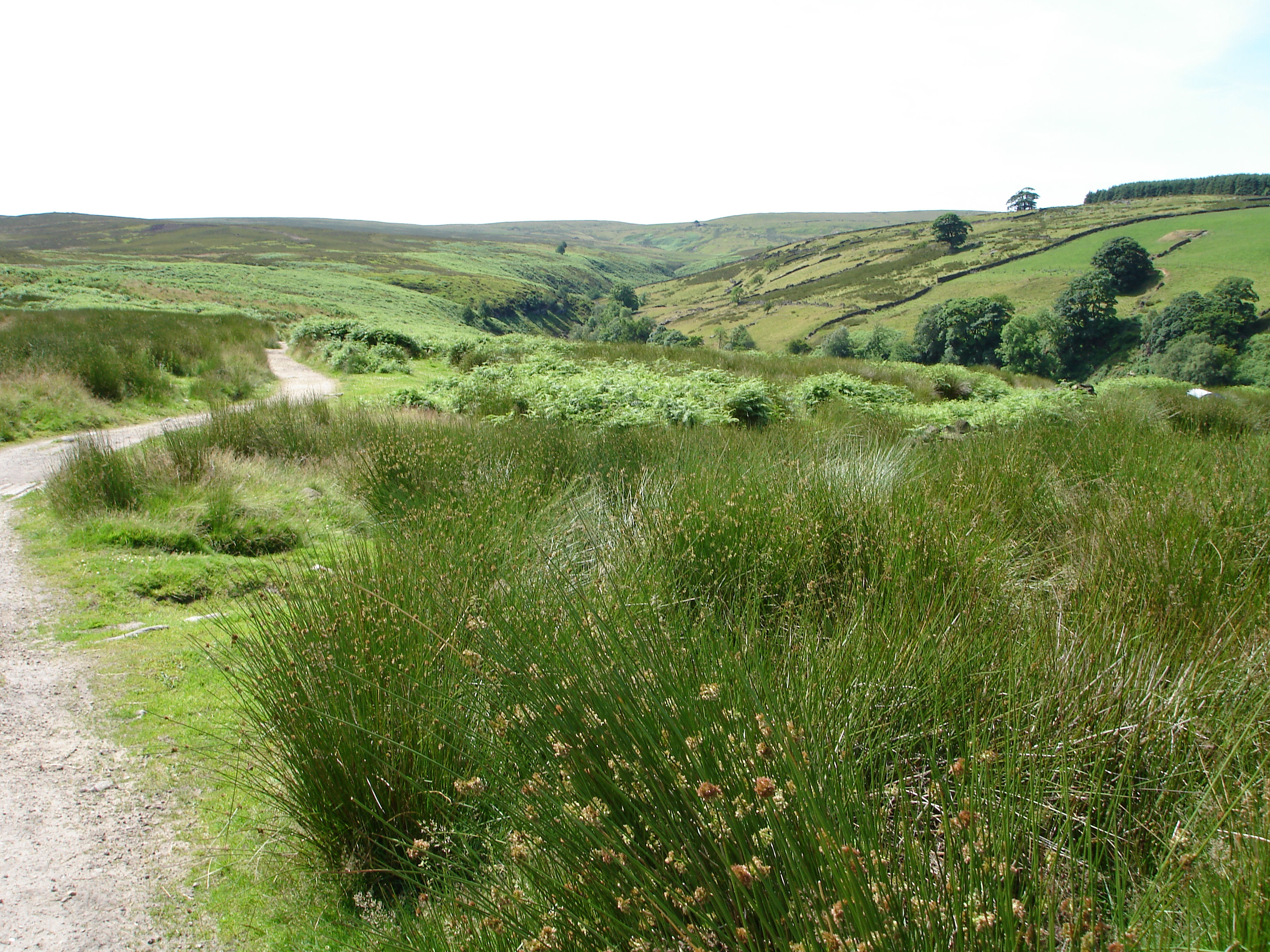 “But he who dares not grasp the thorn Should never crave the rose." ― A. Brontë

At Grace’s memorial service in Easley, her husband John read a lovely tribute; this part, in particular, struck me: he said, “When I first met Grace many years ago I thought she was tough, serious, and impervious. She seemed very powerful to me. But when I really got to know her I learned she was timid, scared, and self-conscious. She wanted so much for people to like her and she was always afraid they didn’t despite the obvious.”

I was only beginning to understand this about Grace. Whenever I saw a hint of it, I was surprised. Hint #1: Soon after meeting her, she came to my office to make sure she understood the course goals for the 101 class she was teaching, and admitted that she was having trouble wrapping her head around the syllabus. I had been approached, at this point, by probably half the class; but hearing from Grace surprised me. I think I just blinked at her. In my mind, she was such a natural teacher; Grace of all people could teach anything, could make anything work. I remember thinking to myself: doesn’t she know that?*

Hint #2: I came home from work Friday, August 19th, to a Facebook message from Grace. She said, “I don’t want to be ‘that guy’ by pestering you, but do you think we’re going to hear about the AD positions today? I’m ready to be put out of my misery either way.”

Grace had interviewed for an Assistant Director position earlier that week; we were overly optimistic to say we’d let applicants know our decision by Friday and were behind schedule. Of all the people who interviewed, 11 in all, I was surprised to get the “please-put-me-out-of-my-misery” email from Grace. Because of course she was picked for an AD position. Of course she was. Didn’t she know that? She had interviewed brilliantly once before already. The only reason she didn’t get it the first time was that the positions are so competitive; those TAs who have gone through the interview process more than once often have a bit of an edge.

It was Graces’s turn. She was perfect for an AD position focused on technology. The second half of her interview was nothing short of a love fest, in which I reminded Chris and Graham that Grace volunteered to help with First-Year English orientation last year, even though she was teaching undergrad classes. Who comes to FYE orientation when they don’t even have to?

Didn’t she know she was going to be an AD?

Apparently, she didn’t. I made her pinky swear over the computer, and she took it up a notch to “super pinky swear,” so I told her that we petitioned for her hire and were in the process of working out the financial details.

I trusted Grace completely. And I was right to trust her. She didn’t even tell Mary Fratini. And she was so happy. She changed her Facebook profile photo to a storm trooper singing in the rain; and, lest anyone doubt her current mood, she changed her cover photo to read:

I messaged, “Dream Team 2013!” And the last thing she messaged me was “it’s gonna be AWESOME” — awesome in all caps.

Grace was high on life. She had just married the man of her dreams, she was on the path to motherhood (she had already talked to me about both adoption and pregnancy — she was keeping all options open), and she was going to be a FYE Assistant Director.

One of my first thoughts after hearing she had passed was of a ghost Grace, shaking her fist at the universe and saying, in true Grace-fashion, “Oh for fuck’s sake. You’ve got to be kidding me!”

But then I imagined ghost LB, one of Grace’s good friends who passed away last fall — yeah: it’s been a really tough year — being so very excited to see her. In my imagination, LB says “this is so great!” and Grace responds “No! This sucks!” before settling in for a nice, long catch-up chat.

When I shared this little interchange with Will Garland, he said, “I really love these ghosts.”

Because I’ve always loved the interchanges between Grace and LB. A few of my favorites from Facebook are as follows:

1) Grace to LB: “So, what do you want to be called? Half the people at school know you as Hotspur anyway, if that’s what you prefer.”

LB: “I call myself Hotspur, but I’m wary of using it as a public name because it’ll be ruined the first time someone uses it in anger or disappointment.”

Grace: “When I’m disappointed or angry, I promise to call you ‘hon’ or ‘babe.’ Cool, right?”

2) Grace to LB, discussing their new office: “Which desk did you take? Refrigerator desk or filing cabinet desk? I took computer desk because I’m a greedy bitch.”

LB: “I took file cabinet desk b/c I need magnets to keep me amused”

Grace: “Please label your jar so it is not confused with the actual pee that I store in the office.”

When I read at LB’s memorial, I closed with a Victor Hugo quote that I thought was perfect. For Grace, I’m going to read a comedy piece, because fun and laughter and a dash of “inappropriate” humor is our Grace. Thanks to Stephanie Boone-Mosher for sending this to me . . . it’s even more perfect, because Stephanie read this in reading group when both Grace and LB were there. She was so proud when she read it, because she made Grace *crack up* and usually it was the other way around.

The other day while sounding out the words on a Web site called The Rumpus, I saw this article asking for women to submit more comedy pieces. So I put down my giant chocolate bar, stopped crying, and thought, yes, that is what I will do.

I will write a comedy piece. But just as I sat down in my bay window (filled with pillows that I knitted myself while waiting by the phone for potential husbands to call) and opened my pink Mac laptop, I happened to see a lady walking down the street with a baby of her very own.

So then I started crying again because I don’t have a baby. I cried big rolling tears that fell down onto my “Mrs. Stamos” T-shirt that I purchased off of eBay and photographed myself in for my eHarmony profile. I always say, “Dress for the job you want,” and the job I want is being Mrs. John Stamos! So, once my shirt was soaked, I had to go change it. I walked into my closet, which is gigantic because women love to wear lots of expensive clothes and shoes all the time, and I thought, “I know what will make me feel better! I will feel better if I try on all my clothes and shoes to the tune of an upbeat Motown song such as ‘My Girl.’”

And so I did that. I tried on all my clothes, and I felt better until I tried on one pair of pants that didn’t fit me anymore. And then I totally started to cry again, because I am so fat.  I cried for a little while on the floor while my cats crawled all over me, purring and being symbols of how lonely I am. My cats love to be symbols of my loneliness. Sometimes, I have to be like, “Stop signifying so loudly guys, I’m watching Grey’s Anatomy!”

At this point I still had not written my comedy piece written by a woman. So I went back to the window, opened my pink computer again and looked at pictures of cute baby ducks for awhile until I felt like writing. But then I remembered that I hadn’t made anything for dinner! Every night, I like to make an elaborate dinner. Then, I set it on the table and open all the windows. My fondest hope is that the wafting smells of a home-cooked meal will lure men who are passing by to come inside and eat dinner. And then after they eat dinner, I hope they’ll eat something else. If you know what I mean. Get it? Eat something. I mean dessert. I want them to eat dessert. Because the way to a man’s heart is through his stomach. Also, they are always leaving the toilet seat up! Am I right? 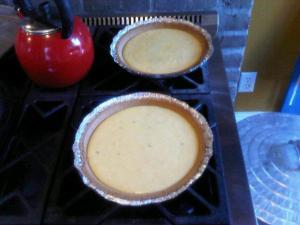 Anyway, twelve hours later after I had cooked, baked, cried, sewn a blanket for my hope chest, called a telephone psychic, had all my favorite Cathy comic strips laminated, and then stayed up all night trying on all my clothes and shoes again, I finally felt ready to write my comedy piece. I decided to start by asking myself, “What’s funny?” That is a tough one for me because I have no sense of humor. I mean, I assume that I have no sense of humor because all of the funny things that are made especially for women like me, such as Sex and the City, 27 Dresses, and yogurt commercials don’t even make me laugh. But I guess my humor deficiency is one of those womanly crosses I have to bear, along with P.M.S., making seventy cents on the dollar, and paying for my own rape kit. You know what they say though, you can’t make the willing pay for their own rape kits! I think they say that. Probably somebody said that. God knows I didn’t say it myself! I only say things like: “What are numbers?”

Oh, there I go again on one of my tangents. I guess it’s time for me to get serious about writing this comedy piece. Emoticon. I mean, I probably shouldn’t even try to write a comedy piece since Christopher Hitchens wrote an article in Vanity Fair saying that women just aren’t funny. He’s probably right. And even if he isn’t, I think it’s great that we live in a country where you can say anything you want, like that women aren’t funny or that Christopher Hitchens is a huge douche who runs a successful child pornography business and has an inability to get an erection unless he’s reading Nazi literature.

Well, would you look at that? I’ve totally run out of time, and now instead of writing a comedy piece, I have to go report to my regular day job knitting tampon cozies and being best friends with everybody.

Oh well, I probably would have been terrible at it anyway.

*Note #1: I realize, of course, that meeting with me about the syllabus was, also, quite possibly Grace’s indirect way of telling me: “Oh for fuck’s sake. This syllabus is bullshit.” But, I maintain that Grace Hagood Downs could. teach. anything.
**Note #2: All images are from Grace Hagood Downs’s albums on Facebook, except for LB’s desk, which is one of LB’s photos.